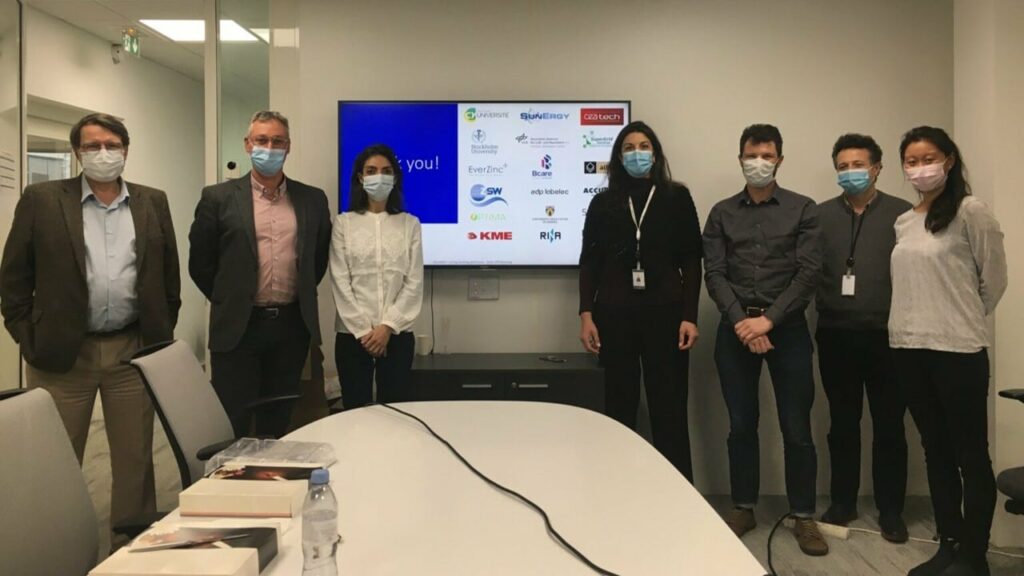 The LOLABAT project, short for LOng LAsting BATtery, has been awarded a Horizon 2020 program grant by the European Commission and was officially launched on the 19th of January, in Paris. This project, selected from amongst 44 submissions, aims to develop new battery technologies for stationary energy storage.

Transition to renewable energy sources (RES) is a critical step to slow down the climate changes, to overcome the energy crisis and to ensure energy independence between different regions of the world. Battery energy storage systems (BESS) are currently seen as important technological enablers for increasing the absorption of RES into the electric grid. However, improvements in their performance, cost competitiveness and sustainability should be achieved. For EU, the complete batteries value chain and life cycle has to be considered, from access to raw material, over innovative advanced materials to modelling, production, recycling, second life, life cycle and environmental assessments.

The success of such a big project is a constant effort, especially at the beginning so it can be on the right track. Our consortium is rich of experienced partners and held successfully on January 19th it’s kickoff meeting in Paris ! The 17 partners of the consortium in addition to members of advisory board were either onsite or online, and the discussion was led with good spirit, giving a right dynamism during the entire day. We are ready to bring the next-generation Nickel-Zinc batteries for stationary energy storage ! Je souhaite remercier toute l’équipe de IEIC pour tout le travail et l’esprit dans lequel s’est déroulé notre Kick-off. Nous nous sentons bien accompagnés et soutenus dans ce nouveau challenge, merci encore!

The ambitions (2024 and after) of LOLABAT are: further increase of the cycle life of NiZn (to at least 4000 cycles at 100% DoD be the end of project), development of NiZn for grid applications and its preparation for a production in Europe, by increasing its TRL via upscaling of capacity, design and integration of BMS and sensors built up in battery packs, testing and demonstration in stationary energy storage applications via six use cases in utility grid and industrial sites, its preparation for a future industrialisation by realisation of life cycle and life cycle cost analyses, recycling studies, assessment of norms, standards and grid compliancy, realisation of business model and market studies and finally an extensive dissemination and communication of the project results and NiZn technology.

We are very happy at INEA to see LOLABAT starting. It is a great, committed team, with a broad diversity of expertise. We will support them all the way to develop this exciting project that will certainly contribute to further the development of the EU battery industry. As a project manager, I am excited to be working with the LOLABAT consortium and wish them all good luck and I am sure they will bring great results.

The official launch of this European project was held on January 19th, during a hybrid meeting, combining the presence of the French representatives of the consortium and the remote participation of the other stakeholders, in compliance with safety rules.